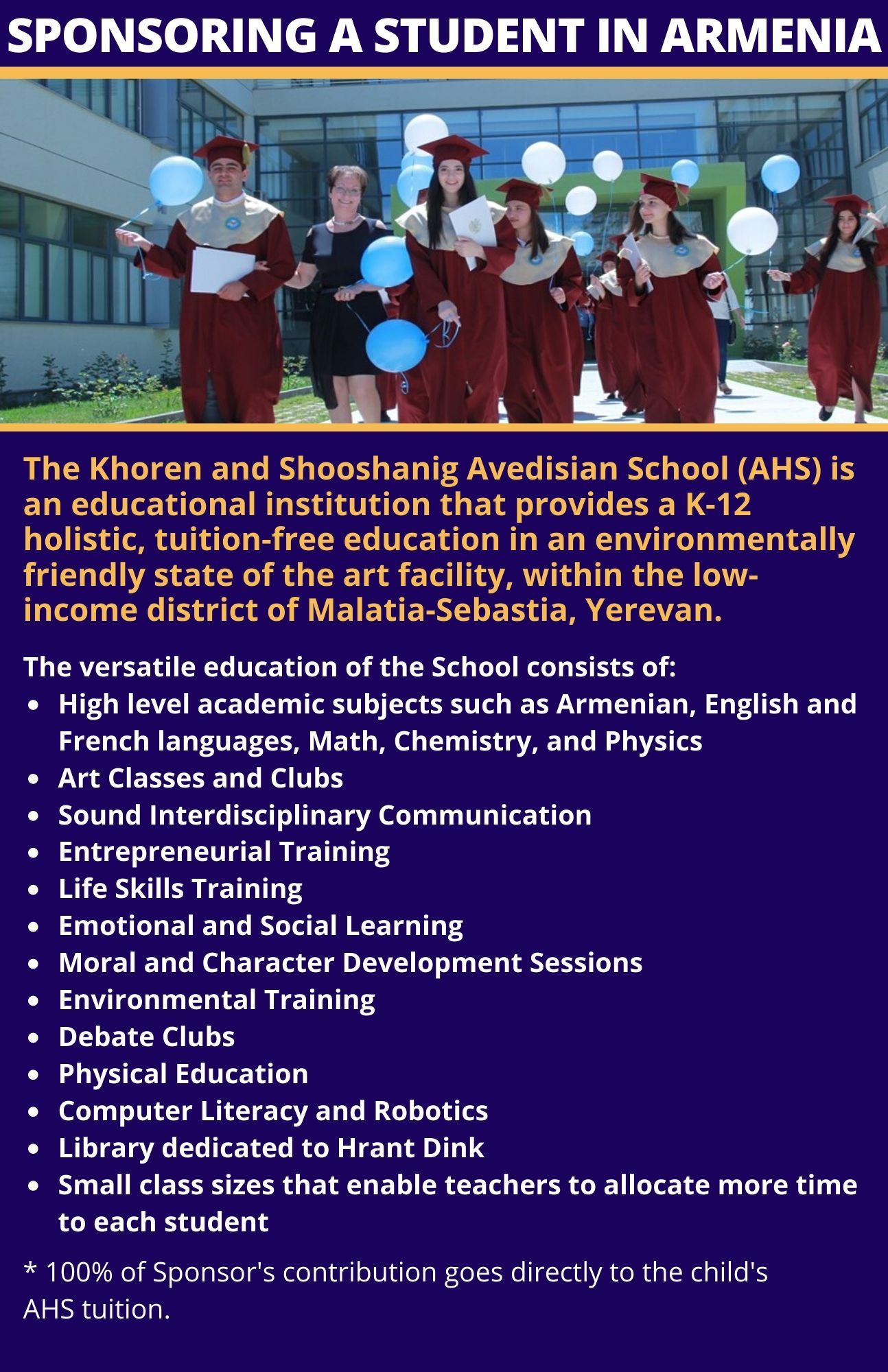 AHS was established in 1998 by the Armenian Missionary Association of America (AMAA) thanks to the vision and generosity of its benefactors, Edward and Pamela Avedisian.

The greatest asset of the school is its motivated, mission-driven teachers who love their students and are enthused by teaching. They are selected based on a rigorous process of tests and interviews. Teachers are trained and motivated to give their best to the students, planting in them a growing love of learning. In addition, they are given the freedom to be creative and innovative in their teaching methodologies.

The school considers character development and life skills equally important to academic achievements. The students learn and grow in an atmosphere characterized by love, respect, service, integrity and diligence.

Khoren and Shooshanig Avedisian School has received many prizes and awards from various institutions, including the Ministry of Education and Science in Armenia.

Construction of the of the new “Green” school building was completed in August 2014, enabling the students to start the new academic year in this spacious new facility that provides 10,000 square meters of classrooms, two indoor gyms, labs, and office space. 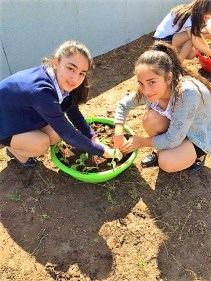 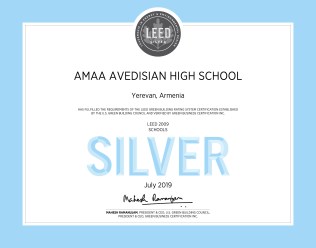 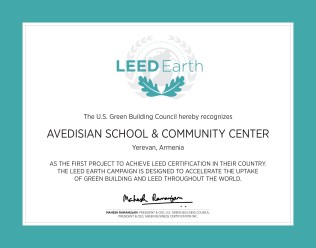 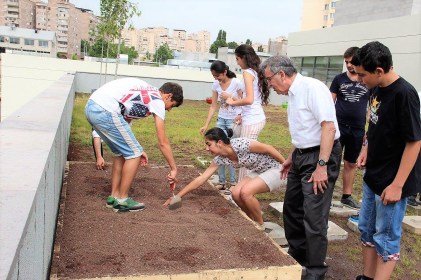 The entire building is an environmental laboratory featuring solar panels, recycled rainwater, green roofs and more. In fact, Avedisian was awarded a Silver LEED (Leadership in Energy & Environmental Design) Certification in July of 2019 – the FIRST building in the Republic of Armenia to achieve such an award. The School was also awarded the LEED Earth Designation, given only to the very FIRST building project in each developing country to satisfy the USGBC LEED criteria.

The school cooperates with various NGOs and government agencies such as the UNDP, US Peace Corps, Armenia Tree Project, Jinishian Foundation and the Ministry of Education.

Entrance to this school is highly sought, as it has received numerous awards, including:

The media has extensively covered the school; their reports can be viewed here.

Your Gift Makes the Difference
There are many ways that you can contribute to this project. They include:

Your gift to the AMAA Endowment Fund

Give Your Gift Today

Sponsor A Student In Armenia

For more information on this project, or to give a naming opportunity gift, please contact the AMAA office, 201-265-2607 or via email: sponsorship@amaa.org